This Olive Tree at Plaça de Cort, Palma de Mallorca, Is Estimated to Be 800 Years Old. It Was Replanted (!) Here in 1999 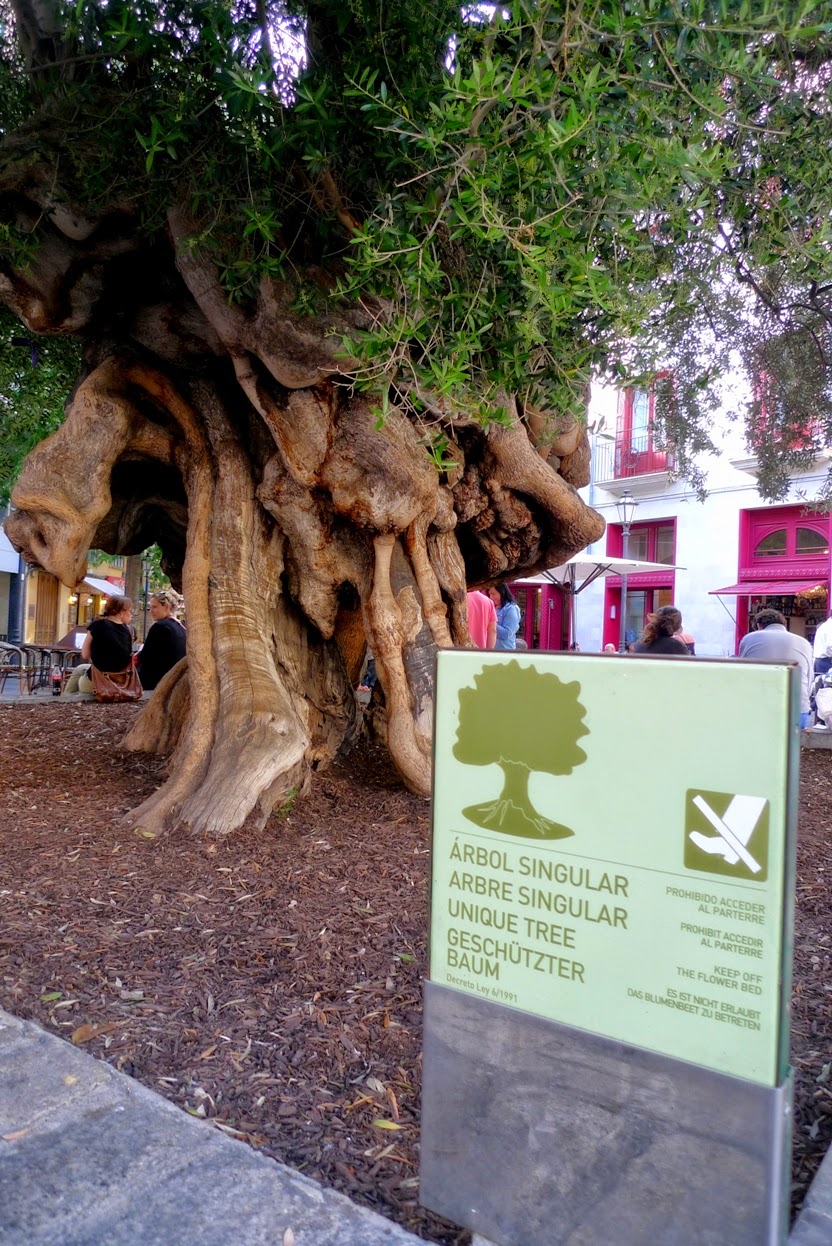 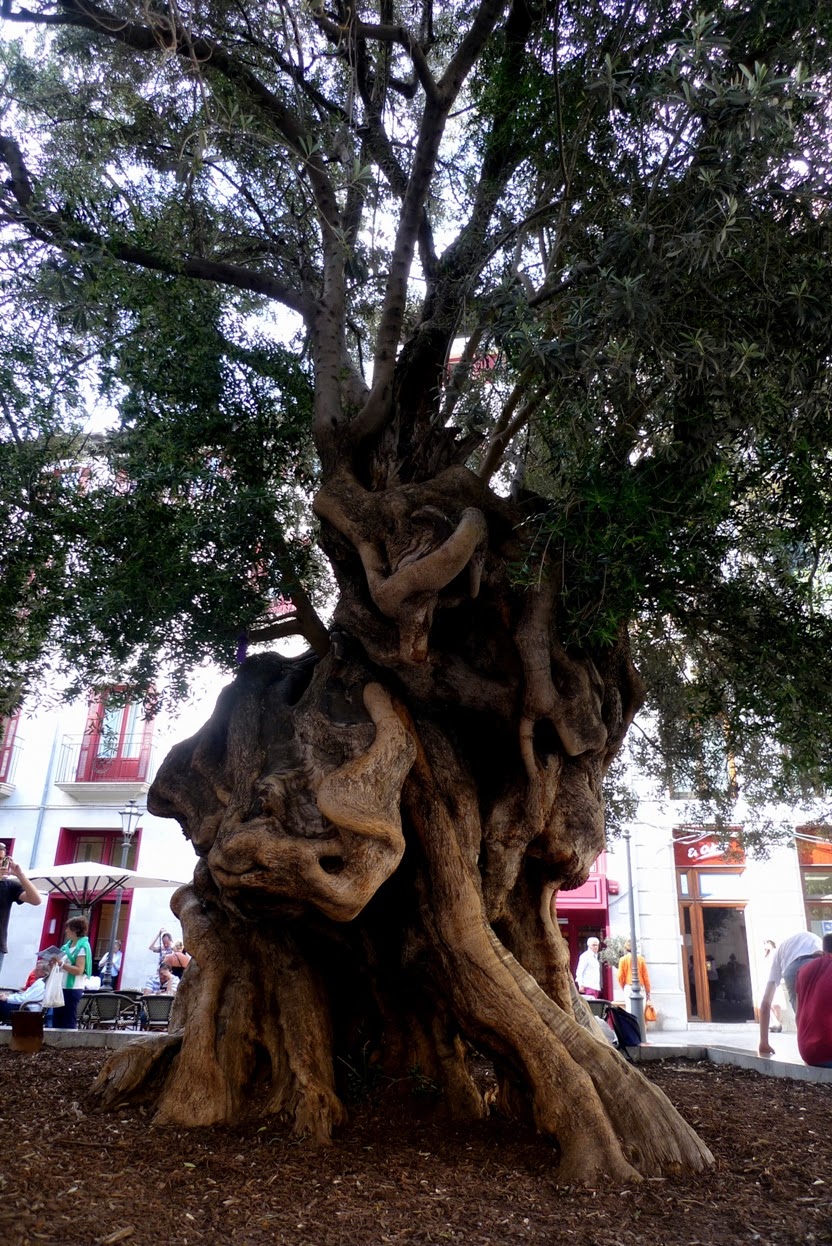 "If, wandering around Palma, you've found yourself in the small, quaint square by the town hall, the Plaza de Cort, you can't failed to have noticed the giant old olive tree which dominates one corner of it. Judging by its gnarled old trunk, some 7 metres in diameter and its height of over 6 metres, you'd think it had been there forever – but it hasn't!

The tree lived in a finca, Pedruixella Petit, in the Pollensa area of the Sierra Tramuntana for five or six hundred years before it was dug up and transplanted in Palma in 1999, when it weighed 3.4 tonnes. It was chosen to be a symbol of peace and attachment to the island because of its age and that fact that Mallorca is typified by its thousands of Olive trees which grow island wide.

Despite being transplanted the tree (Olea europaea var.  Europaea) still produces fruit every year and is nearly always surrounded by tourists taking snapshots. It's now known as the Cort Olive – Cort is the Catalan word for Court, as the city court or council, sat in square in olden times – and is protected by law!"
[http://www.mallorca-spotlight.com/news/2013/cort_olive.htm]
Autor: Mars Wawrzyn o 3.5.15