My Father (The Myth) 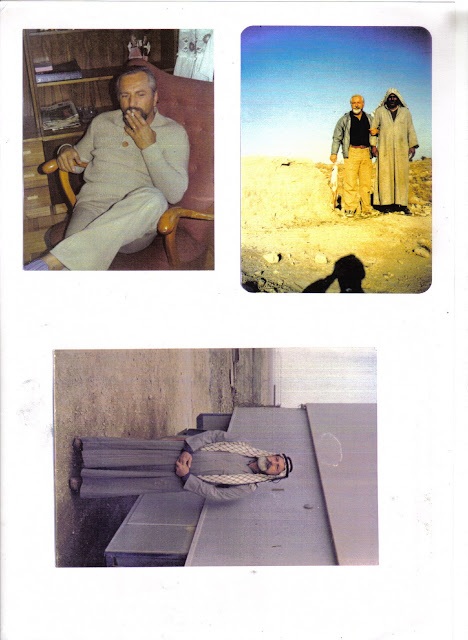 Death used to be final, common and unavoidable.
Then man invented reproduction.
Reproduction means immortality.
(The image never dies).
Image means myth.
Myth means meme.
Meme means immortal information.
And so every detail becomes significant.
The cigarette in his hand and mouth.
His white clothes.
The fish.
The hand clutching the (bigger, darker) guy's arm.
The shadow of the photographer.
The theater, the personification in the last photo.
A robe.
An Arab.
The beard, the moustache, the hair.
The look on his face.
The barren desert, the folk figures, the wedding ring, the joined hands.
Who is playing whom here, when, where, how, and for whom?
Even if I knew, the myth would still be larger than me.
Are we memes, doomed to repeat an information message until it's delivered? understood? made public? mythologised?

Like the pleading Princess Lea moving image played back by R2D2 to Luke Skywalker? Reproduction changes us because it is not information - it is myth.

Reproduction immortalises, therefore it is myth.
It transfers the subject to a completely different order of reality - once multiplied and internetised, you never die.
When your sculpture was made, you became god.
Today, all those who enter the digital world become gods - become their own images - myths - immortal memes that will exist as long as a single human mind exists.
Now, if he was so much not what he wanted to be as these photos show, what can I be?
Where do I look - at what he appears to be, what I think he is, what he is escaping from, what he wants to become?
Reproduction = immortality.
Image = myth.
Myth = meme.
Meme = life.
Life = reproduction. 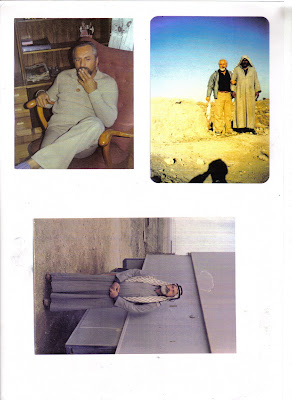